The Birth of Jesus in the New Testament: One Event – Four Narratives 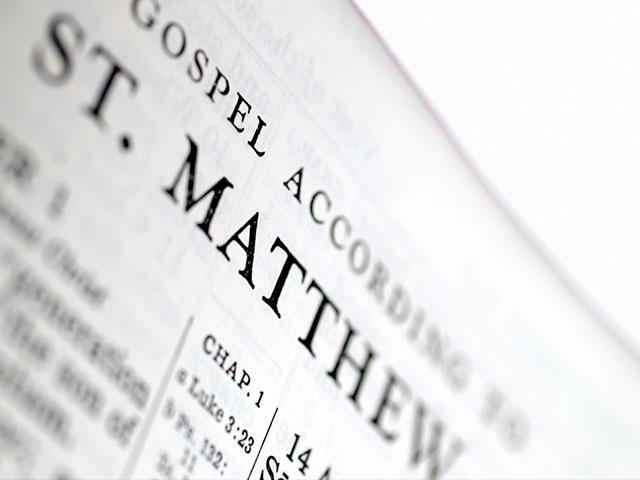 Most people, when they think of the Christmas story, think of one biblical narrative that includes the holy family, the midnight hour, a barn, various farm animals, shepherds, angels, wise men and a quiet, little town called Bethlehem. It might come as a big surprise to learn that many of the elements people often treasure as part of the nativity story come from Christmas carols and that the true source for this event, the Gospels in the New Testament, deal with the story of the birth of Jesus in four very different, but yet not contradictory, ways.

The Gospel of Mark

The Gospel of Mark is possibly the first of the Gospels to be written and although done so by Mark, according to early Church tradition, probably represents the preaching and message of the Apostle Peter.

Mark’s Gospel records nothing about the birth of Jesus. Mark starts his story of Jesus with the calling of John the Baptist in the wilderness. The first time we see Jesus in this Gospel is when Jesus comes to be baptized by John.

This “narrative of omission” serves the unique purpose of Mark’s Gospel. Mark wrote his gospel to the Romans of his day and emphasizes the paradoxical message of the hidden service of Jesus as Lord. Together with the secrecy motives in this Gospel, the omission of any details of the birth of Jesus helps the reader to understand that it is not important where a servant is born or from which family he comes – it is his service that defines him.

For the Roman society in the First Century, deeply divided into social classes of honor and status, this exquisite picture of hidden and radical service by one with all authority (Lord) calls the audience of this Gospel to emulate the example of Jesus that as Lord defined his mission and ministry by His service to others.

The Gospel of Matthew

Matthew, in stark contrast to Mark’s “narrative of omission” begins his account with an elaborate genealogy that places Jesus as a descendant of King David and Abraham. Here already Matthew shows his special interest and the intended audience for his Gospel. He is writing to the Jews and presents Jesus as a King, better than David and a teacher greater than Moses.

Matthew’s birth narratives focus on the role of Joseph, who is “a just man” in Matthew’s words of this event. Joseph is contrasted with Herod, an unjust and wicked ruler. Matthew takes great care to show how the birth event of Jesus fulfills prophecies made in the Old Testament and makes use of these prophecies to present Jesus as a governor, the ruler of Israel, a prince, and as God’s Son.

It is Matthew that tells us about the wise men that came to worship, bringing gifts fit for a king; the murderous acts of the bad king Herod; records the journey of the holy family to and back from Egypt (in no small part to illustrate how Jesus’ life mirrors that of the people of Israel); and of the angels who in dreams direct Joseph. Matthew, in his powerful birth account, presents Jesus, in fulfillment of the prophecies and hopes of the Hebrew Scriptures, as the King of the Jews who has been given all authority in Heaven and Earth. He is Emmanuel, God with us.

The Gospel of Luke

Luke’s Gospel is an attempt, in his own words, to put in a place “an orderly account” of the birth, ministry, life, death, and resurrection of Jesus. Luke wrote his Gospel primarily for a Gentile audience and focuses on the traditionally marginalized and neglected groups in First Century Mediterranean societies. Thus Luke’s Gospel is full of references to women, children, the sick, the poor, and rejected people groups like the Samaritans.

This special and caring focus on the neglected and rejected also features in Luke’s account of the birth of Jesus. Luke’s birth narrative is the longest out of all of the four Gospels and gives special attention to the role of the Holy Spirit and to the women in the story. Here the angel appears to Mary (not to Joseph) and it is Elizabeth and then later again Mary that each has words of praise and blessings recorded. Luke, in his human focus, records the “homeless” status of Joseph and Mary in Bethlehem, the special care given to the baby Jesus as he is born, and how a lowly feeding trough becomes a crib.

As if to further emphasize this consistent focus of the poor and the rejected of society, the angels appear to shepherds in Luke’s account, not to the rich, privileged and powerful wise men as in Matthew’s account. It is the ordinary shepherds that witness this glorious event and become the first messengers of God’s peace and goodwill towards men on earth.

The beautiful birth narrative of Jesus in Luke’s Gospel illustrates the complete kenotic act of God in Jesus, born amongst the poor and rejected, bringing good tidings of peace and goodwill to all.

The Gospel of John

The Gospel of John, possibly the last of the Gospels to be produced, records the birth of Jesus in heavenly, if not spiritual terms and language. This Gospel, written by the disciple that experienced such love from Jesus that he identifies himself as the one loved by Jesus, presents his narrative of the birth of Jesus as a second “Genesis account”.

For John, this birth started in Heaven: Jesus, the Word was in the beginning and was God. All that is created was created through Him. John then describes the birth of Jesus with powerful language: “…and the Word became flesh and dwelt amongst us.” John, writing to Greek-speaking Gentiles across the Roman Empire, explains that in Jesus, the Word becomes flesh and chooses to dwell with us and thus we all have been witnesses of His glory which is full of grace and truth.

John’s Gospel focuses on the Divine attributes of Jesus. John purposefully leaves out any mention of Mary, Joseph, and all the other characters that Matthew and Luke mention in their birth narratives. John clearly communicates that this birth is the most significant event in the history of the world. God became flesh and so is shining His light in darkness, an event that mirrors the creation of the heavens and earth.

The four Gospels in the New Testament present four unique and yet complimentary pictures of Jesus — and this is evident in the way they record the birth of Jesus: Matthew presents Jesus as the King of the Jews, worthy of obedience and worship; Luke shows a humane Savior that brings good tidings and liberation to the poor, neglected, and marginalized; Mark presents Jesus as Lord that serves in secret and thus shows a new way, free from the fight for supremacy and status; and finally, John presents Jesus as God, who comes as the Word become flesh and this shines in the darkness to bring a new beginning in this world.

May we use this advent season and time of celebration to rediscover the powerful birth narratives in the Gospels of the New Testament.

Read the birth narratives of Jesus from the New Testament: